Twelve-year-old Isabel Pritchard lives with mother and her sixteen-year-old brother William.  Behind Isabel’s house is a small park and when Isabel finds herself late home from school one afternoon she decides to take a short cut through the park, knowing that her mother has forbidden her.  What begins as a small, insignificant decision will ultimately become the start her colossal journey.

During Isabel and William’s adventures they meet some interesting and some rather unsavoury characters which force them to make difficult decisions and face extraordinary challenges in a bid to save their family.  It’s a decision that changes their lives as they uncover long-buried family secrets going back five hundred years.

Isabel – Is a shy twelve-year-old.  She’s really lovable and adores her older brother.  She’s a little cheeky and has a very adventurous nature.

William – Isabel’s brother.  He’s a moody sixteen-year-old and a straight-A student.  He loves to read and has his sights set on becoming a doctor.

Mother – Works two jobs to keep the family together.  She loves her children dearly but struggles to spend time with them.

Mr Brown – The park caretaker and keeper of keys.  He is cranky and loves to grumble at children. He hates animals. In fact, he hates just about everything.

Mr Babbage – Is a very mean old man.  He wears big heavy boots that sound like thunder wherever he walks.  He definitely hates children.  It’s no wonder they call him ‘Mr Cabbage’ behind his back.

Mrs Maguire – A strict disciplinarian.  She is middle-aged and doesn’t have much of a personality or opinion on anything.  Perhaps she’s just misunderstood.

George – Is funny and clever, albeit a lost child who yearns for genuine friendship.  He finds himself in a life-changing predicament not of his own making.

Maisie – A girl who befriends Isabel.  She’s a gentle soul, kind hearted and a true friend.

Gudrun – A drifter and fiercely independent.  She’s true to her word and will stop at nothing to get what she wants.  Trouble seems to follow her wherever she goes.

‘I found it entertaining and was intrigued to find out where it would go next – there were a lot of twists I didn’t see coming! I particularly enjoyed the combination of real historical events and people with the magical elements of the plot. Your descriptions of the various times periods and locations were well crafted and really helped to set the scene.’

‘This is soooo good!  I love that you have described everything so beautifully that I can picture it all around me like I am walking in the street seeing it all through Isabel and William’s eyes.  You’ve done an amazing job, congratulations.’

‘Between the Trees’ is a series of novels with the second instalment due for release in Spring 2022.

If you would like to order ‘Between the Trees’ please click the retailer buttons on this page. 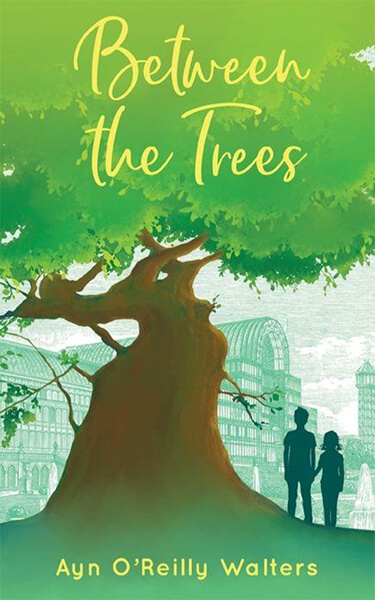